Signing an agreement between IPMI and French company ENTREPOSE 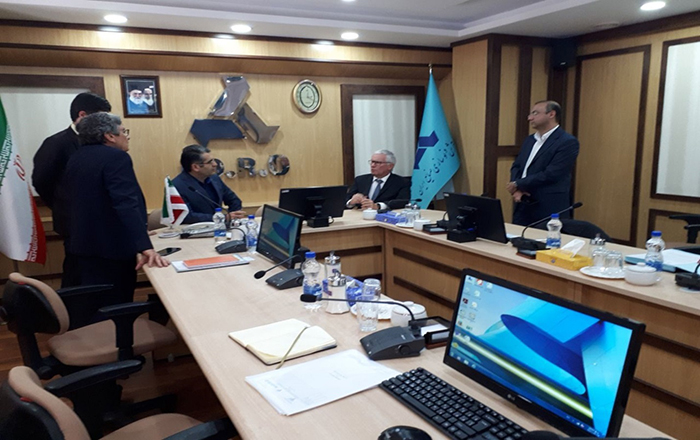 Following the official announcement of Pars Oil & Gas Company that it needs to recover the exhaust gases from phases 17-18 and phase 14, Iran Industrial Projects Management Co. as one of the contractors active in EPC South Pars Gas Projects in order to implement the program for the elimination of released gases From the torch and compliance with the requirements of the KYOTO and COP21 protocols, it began planning for the project about 3 years ago. Finally, with the priority of utilizing financially-minded companies and having the knowledge about the design of oil and gas refineries, negotiations with the French company Entrepose were carried out and after technical and managerial meetings at IDRO and IPMI, technical proposals were finalized and finalized. Also, according to the Entreposition company's announcement that France's credibility can be used to finance the project, the EPCF Joint Project Memorandum of Understanding for Recovery and Recovery of GHGs from Phases 18-17 and 14 between the Parties and the Organization for the Development and Revival of Iran on April 2018 was signed. The importance of implementing annual burning gas recovery and recovery projects of more than 150 billion cubic meters of gas in the world, called flaring, or burning gases by burners, are polluting materials, which according to World Bank figures are equivalent to one-third of European gas consumption. The total volume of polluting gases, 75% of which belongs to 10 countries, unfortunately, Iran ranked third in the world (and ranked first in the Middle East) among these 10 countries. The above conditions are not hidden from the perspective of the international environmental advocacy community and, in accordance with the Kyoto Protocol, which is an annex to the United Nations Convention on Climate Change, the countries that do not have preventive action to eliminate the pollution of their industries. They will be. In Iran, however, only flaring of gas refineries based in Asalouyeh has a daily equivalent of 3.5 million cubic meters (standard) of gas, so, in addition to the huge international penalties imposed by the Kyoto Protocol on our country, with a thumbnail account of 30 The tradition for each cubic meter of gas, the lost funds in these refineries will be worth more than a million dollars a day. If we are going to generalize these figures to all oil, gas and petrochemicals in the country's vast country, unfortunately, with a disappointing and larger figure like flaring 40 million cubic meters of gas, after collecting and recycling polluting gas as the largest source of emissions, The most important uses and applications can include the following options: 1-Use of recycled gas as fuel in the refinery's fuel network (eg boilers and furnaces); 2-Returning recovered gas to the refinery gas refinery cycle; 3-Injection into gas lines (after sweetening); 4-Gas injection into oil reservoirs through a 56-inch pipeline between Assaluyeh and Aghajari to increase oil production capacity 5-Electric power generation; 6-Processing and conversion of gas to liquid (including GTL and LNG and LPGG, which is the selection and production of the product to the contaminated gas and target market); 7-Gas processing and conversion to petrochemicals;

The Minister of Oil and the delegation visited the pavilion of Iran Industrial Projects Management C...

The 21st International Oil, Gas, Refining and Petrochemical Exhibition of Tehran with the participation of Oil Minister Bijan Zanganeh, Yuri Santurin, Secretary General of the Gas Exporting Countries Forum (GISF) Martina Dalici, Deputy Prime Minister and Minister of Economy of Croatia, and a number of MPs, Ambassadors of the countries Foreign direc...

On May 16th-19th, 2018, the most valued entourage host is at the 8th and 9th venues of the 23rd International Exhibition of Oil, Gas, Refining and Petrochemicals of Iran.

Signing an agreement between IPMI and French company ENTREPOSE

Following the official announcement of Pars Oil & Gas Company that it needs to recover the exhaust gases from phases 17-18 and phase 14, Iran Industrial Projects Management Co. as one of the contractors active in EPC South Pars Gas Projects in order to implement the program for the elimination of released gases From the torch and compliance with th...

Phases 17 and 18 were used by the official delivery service

On Sunday, July 23, 2017, at a formal meeting with the participation of senior managers of the company, the Pars Oil & Gas Company, the consortium of Phases 17 and 18 of the South Pars, and the members of the land section (Ovic Companies and Industrial Projects Management Company of Iran) Operation, safety and security of phases 17 and 18 of South...

At the invitation of IPMI's director of development, representatives of the Hyundai engineering and construction company met Monday with a group of executives from Iran Industrial Design Management Company on Monday morning. According to the Public Relations Department of Industrial Design Bureau of Iran, Mr. Jiok Lee, a Hyundai company, said: Hyun...

Hojatoleslam Dr. Hassan Rouhani visited the South Pars phases 17 and 18, explaining the managers and experts of this national project, during the process of construction, activities and utilization of these phases from the South Pars gas field. Also, officials, managers and engineers at the meeting presented reports to the president on how to devel...

Industrial Projects Management of Iran (IPMI) with more than 40 years of experience is regarded as one of the leading EPC Contractors in the fields of oil, gas and petrochemical industries. IPMI strive to render its services with the best possible quality, price and time to the clients in a way that it could compete in national and international markets. By having competent and professional specialists, IPMI is able to carry out mega projects in oil, gas and petrochemical industries as turnkey, independently or in collaboration with domestic and foreign consultants, contractors and manufacturers. Privilege of available highly qualified personnel, let us to be involved in Industrial projects specially in Oil , Gas and Petrochemical plants from Conceptual Studies to Commissioning and Hand-Over.